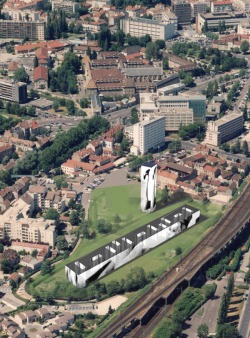 As object trouvé the project take the vacant place on the site. After studiying the situation we saw a potential in the existent neighbourhood. The area is formed by a serie of architectural islands, very diferent one of the other. We proposse to use the qualities of the site rather than modificate these.
The architectonical intervention evidence the urban strategy. Two simple blocks, one horizontal and one vertical, house dwellings, work spaces, shops and other functions. The two buildings take a casual position on the place, functioning as founded objects or sculptures on the green. It creates a new spot for the neighbourhood, and a new island to reinforce the original situation. 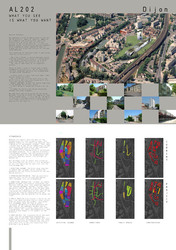 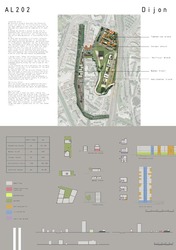 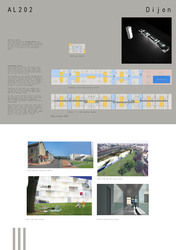